In the late eighteen century Ram's Island was owned by a fisherman named David McAreavy who sold it for one hundred guineas in 1804 to the Lord O’Neill. When Lord O’Neill bought the Island it was just over six acres and due to the four lowerings of Lough Neagh (some two meters in total) the Island has grown to some 40 acres. The pre McMahon Scheme (mid nineteenth century) waterline protected by a rock revetment set into the banks can be followed around the original Island. The pre Shepherd Scheme (1930’s) waterline is marked by the walls of Cardwells Harbour. In the early nineteenth century the Lord O'Neill built a charming thatched cottage in the English style (a Cottage Orné) , just below the Round Tower. A cottage for a caretaker was also built. The last caretakers to live on Rams island were called Cardwell.  Click below to download an article by the late Jim McGarry about the Cardwells and Rams Island (PDF 500kb) 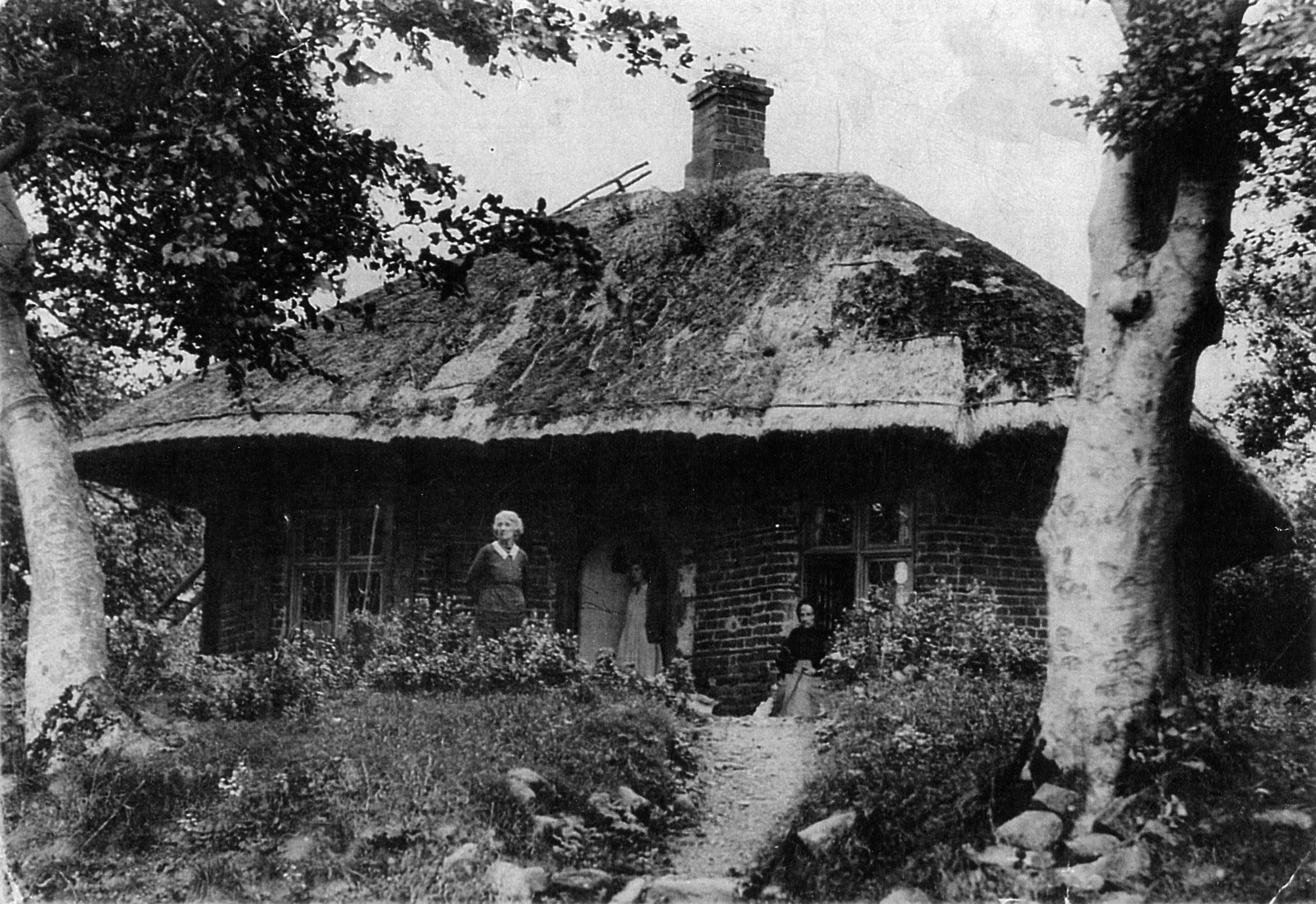 Robert and  Jane Raised a large family in this little cottage. Jane can be seen sitting at the bay window, with Sadie Lyttle her great grandaughter standing in the doorway to her right. Mrs Lyttle can be seen standing in the garden to the right of Sadie. Sadie Lyttle lived on the Island looking after her great grandmother as did her cousin Elizabeth Grant. The little path led to the harbour  opposite the house.
A few yards from  the path Sadie Barr (Nee Lyttle) planted an oak tree in 2006. Sadly Sadie died in 2011 and  after a little service her family buried her ashes below the oak tree. A memorial stone marks the spot. 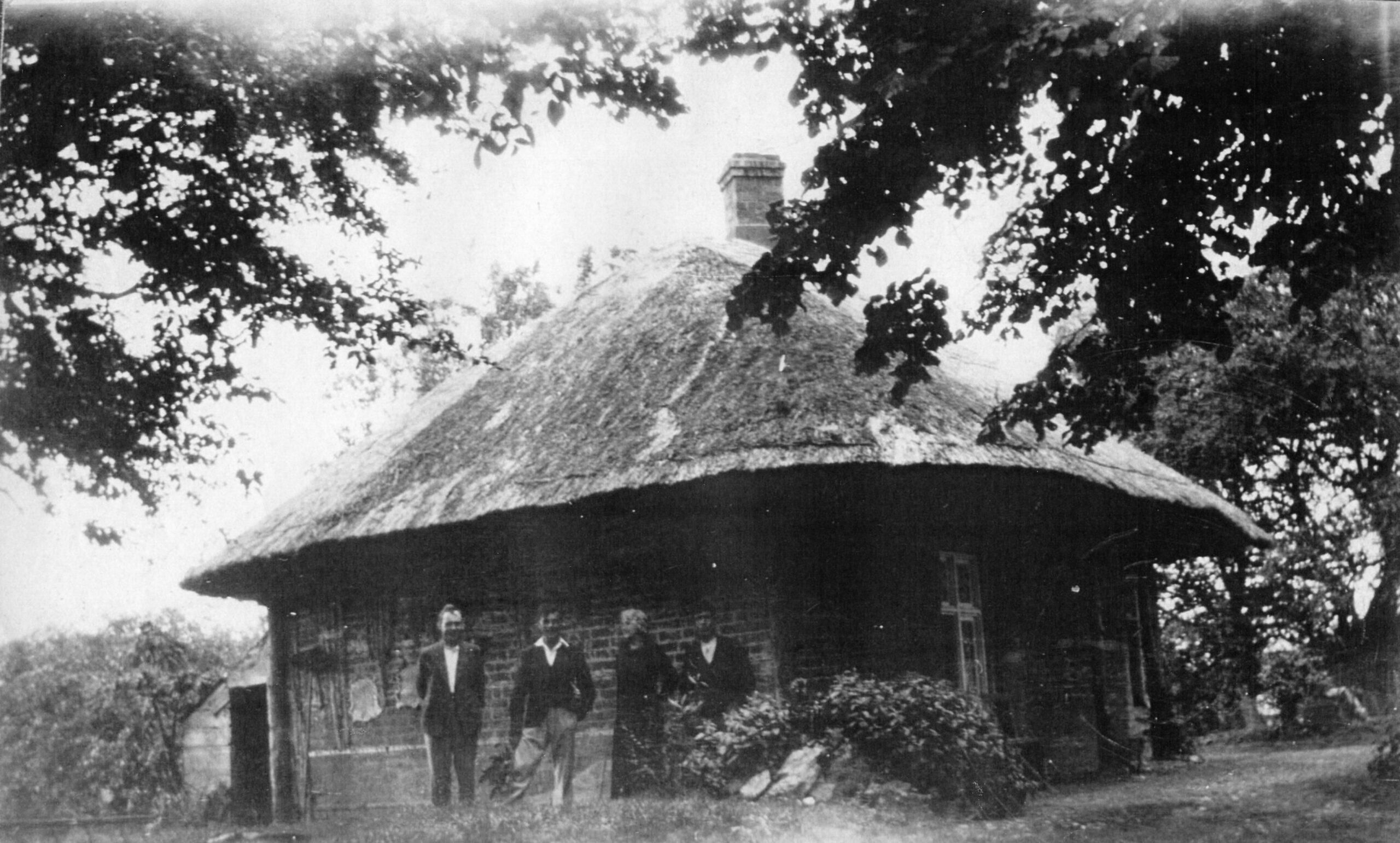 Side view of the Cardwell Cottage 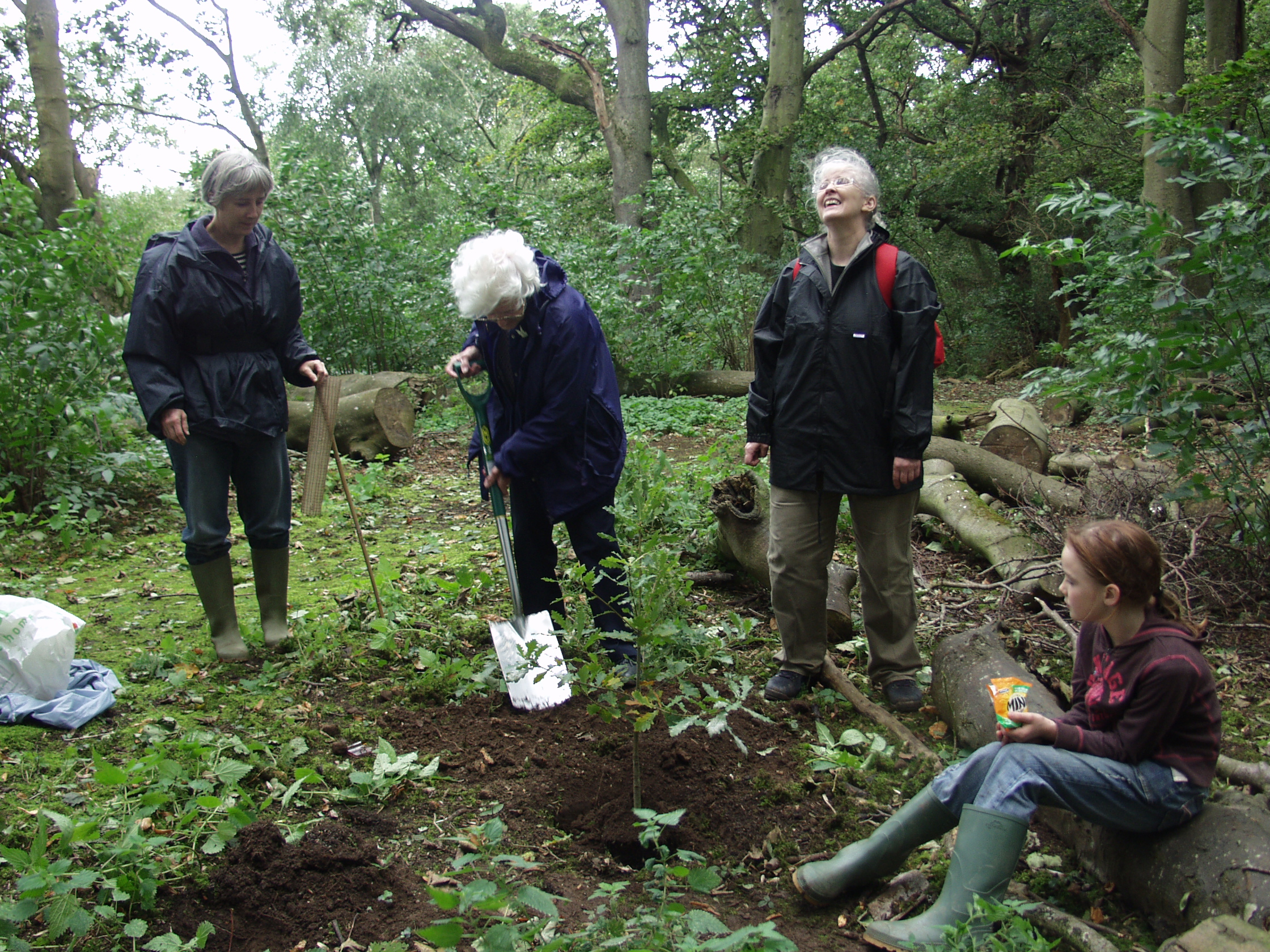 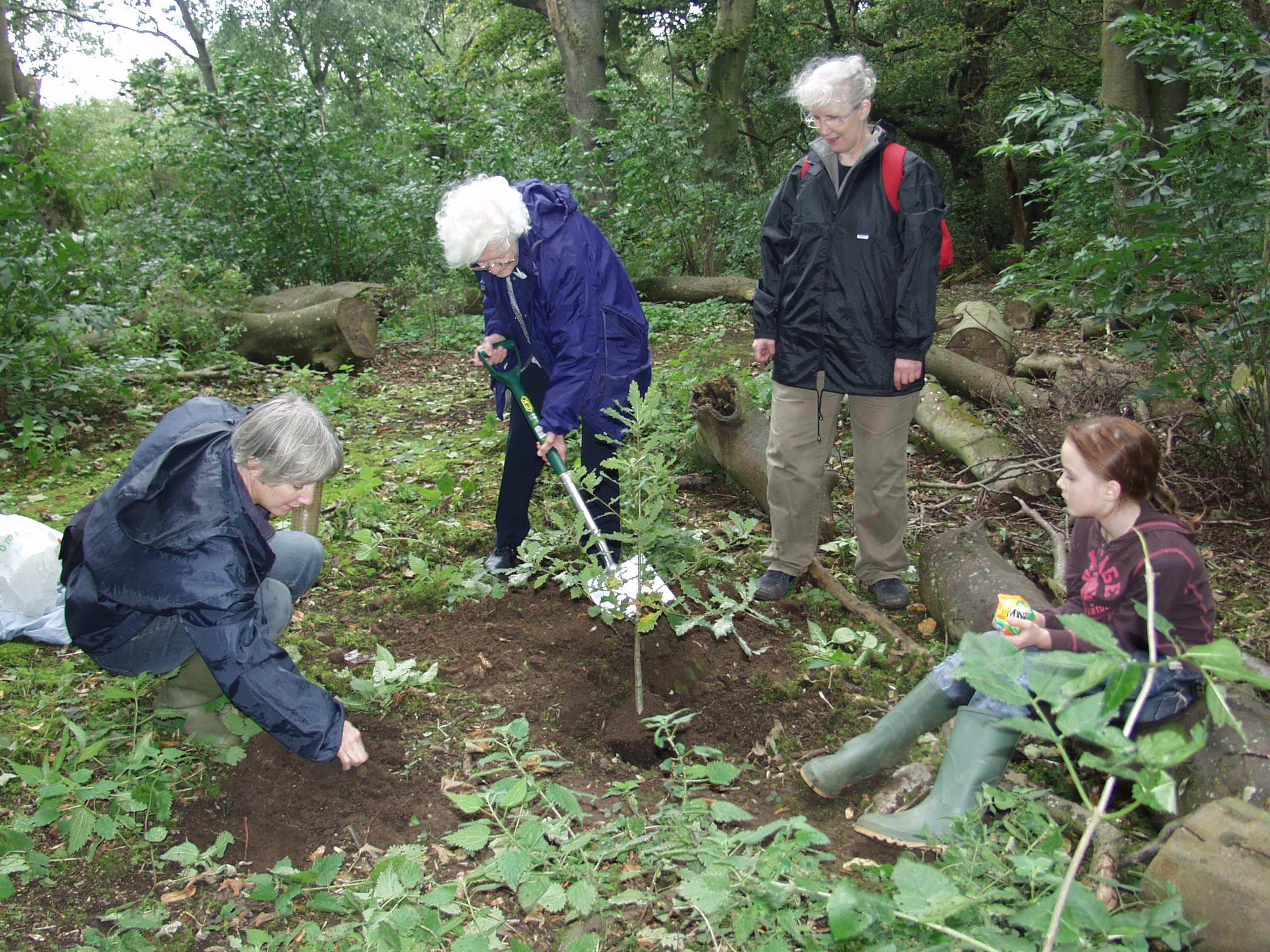 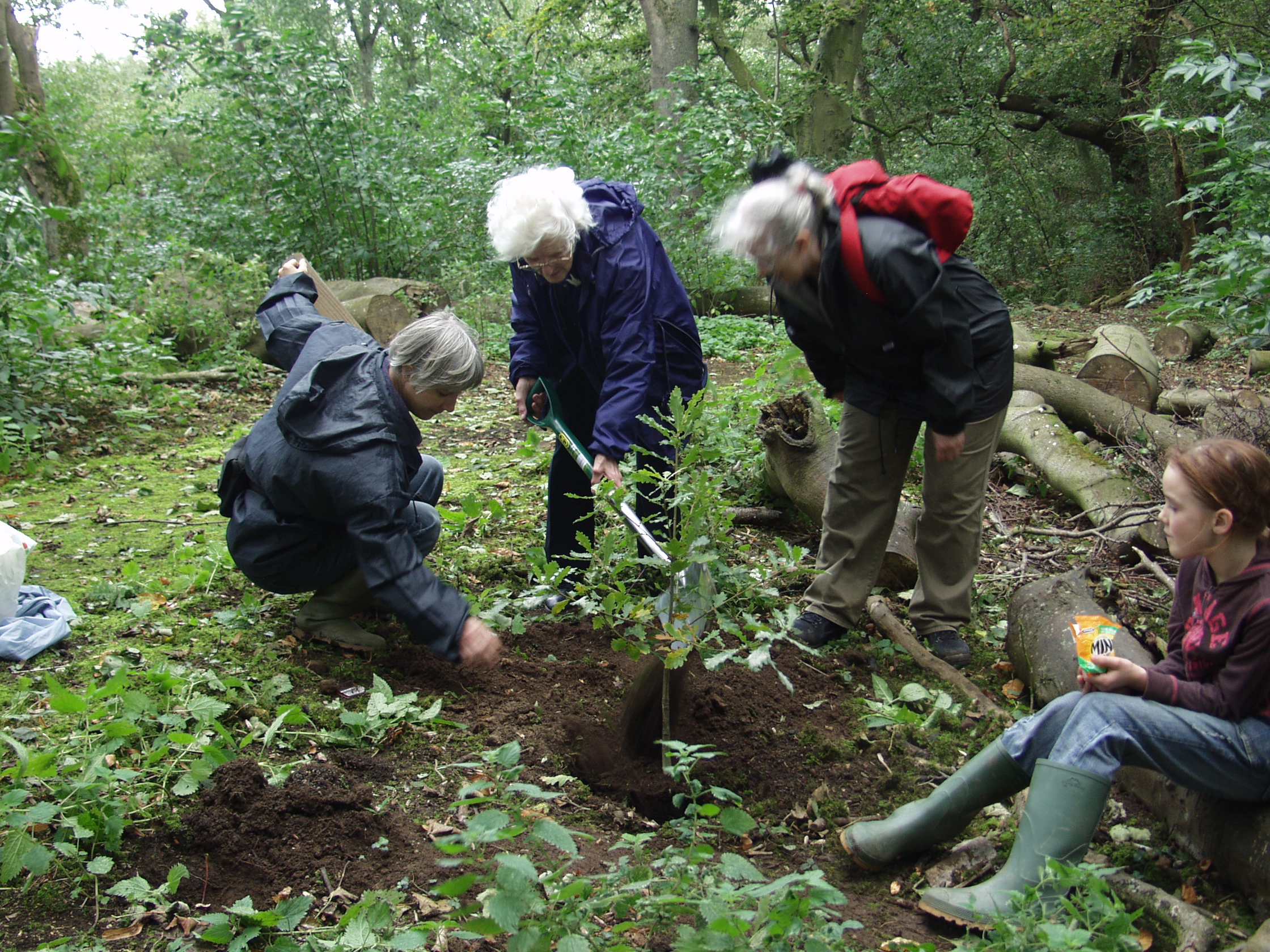 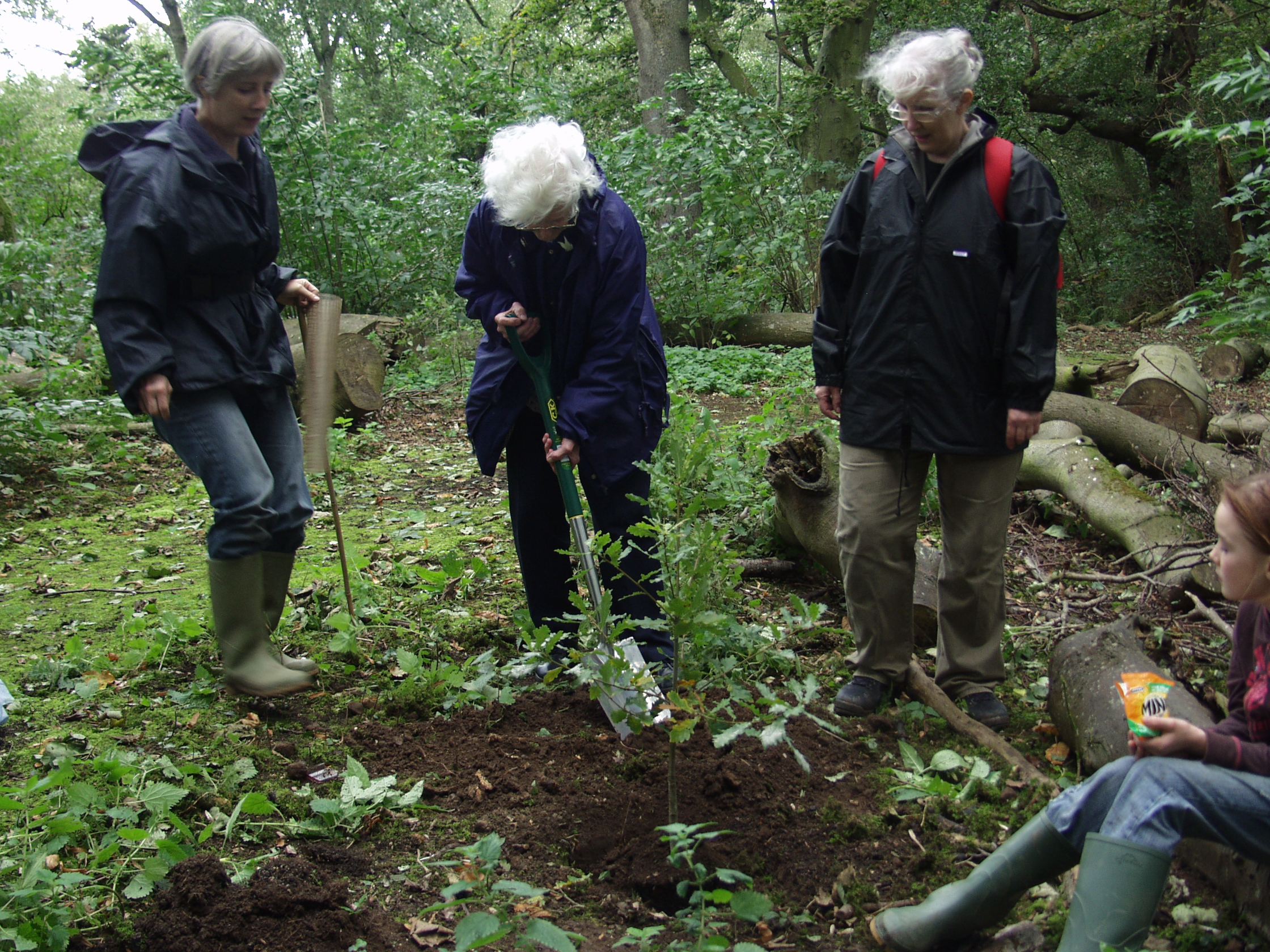 Sadie Barr planting an oak tree on Rams Island opposite her grandparents house on 23rd September 2006. Assisted by her two daughters and grandaughter. 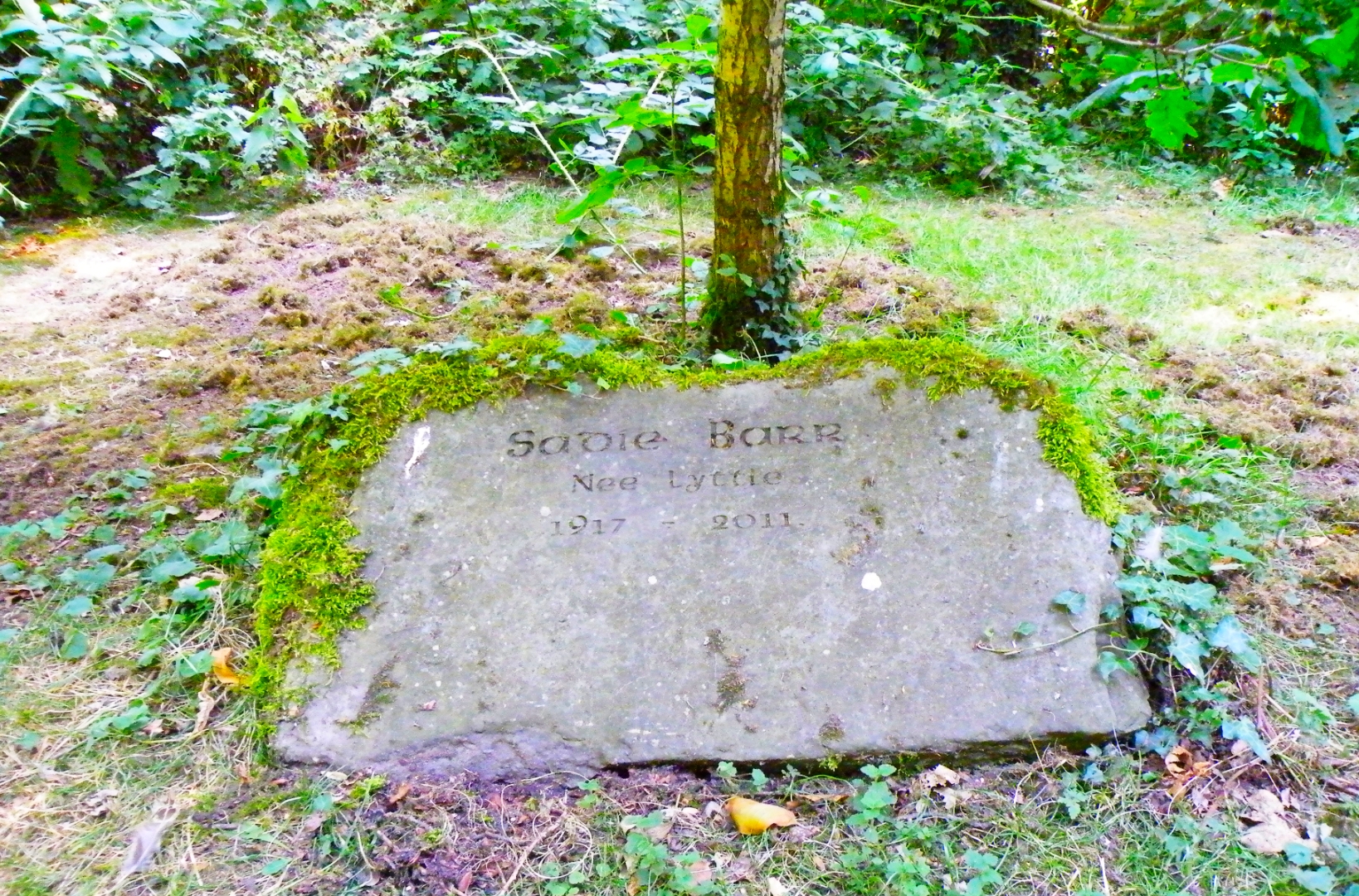 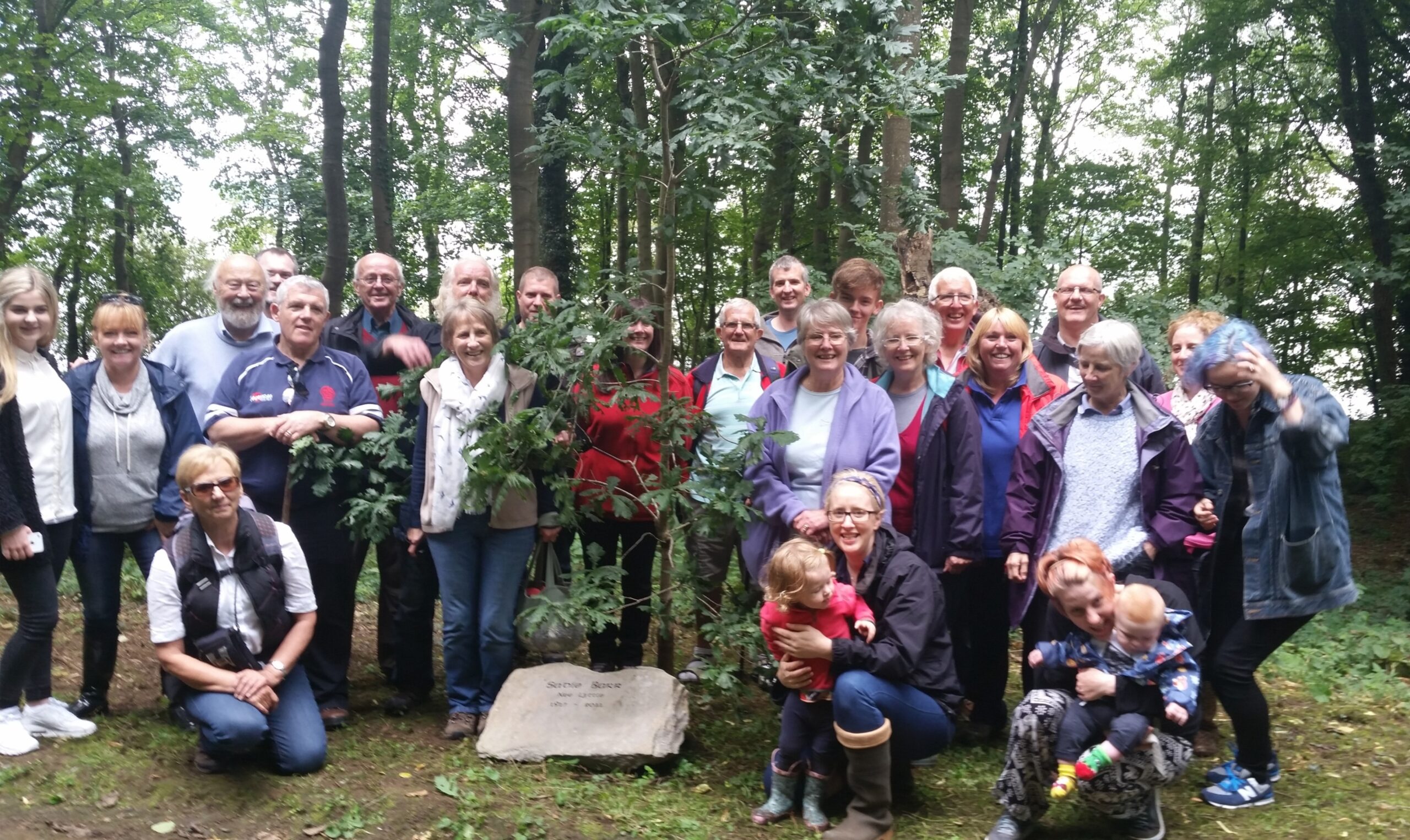 Sadies Family placed a memorial stone beneath her oak tree after burying her ashes. 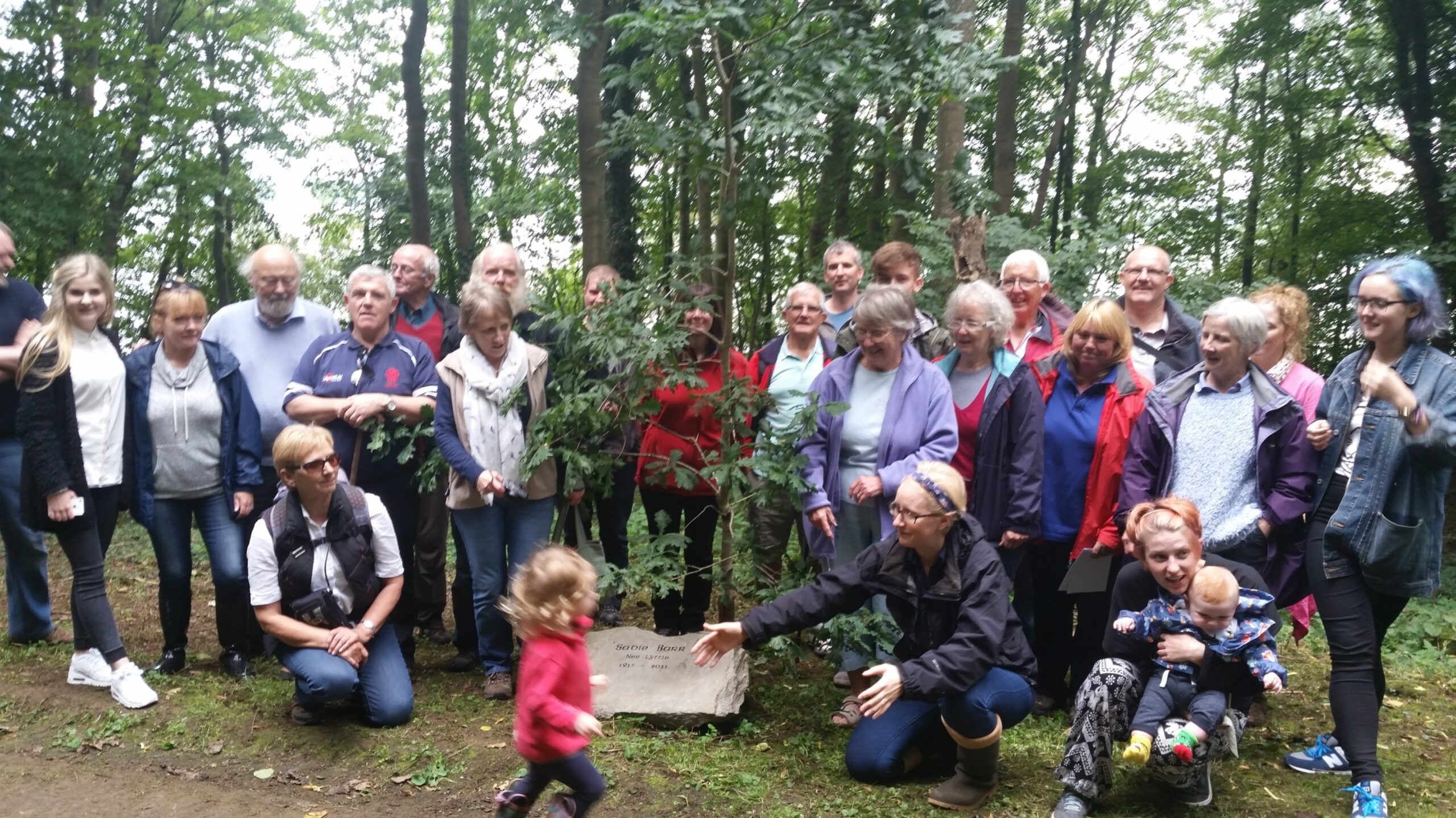 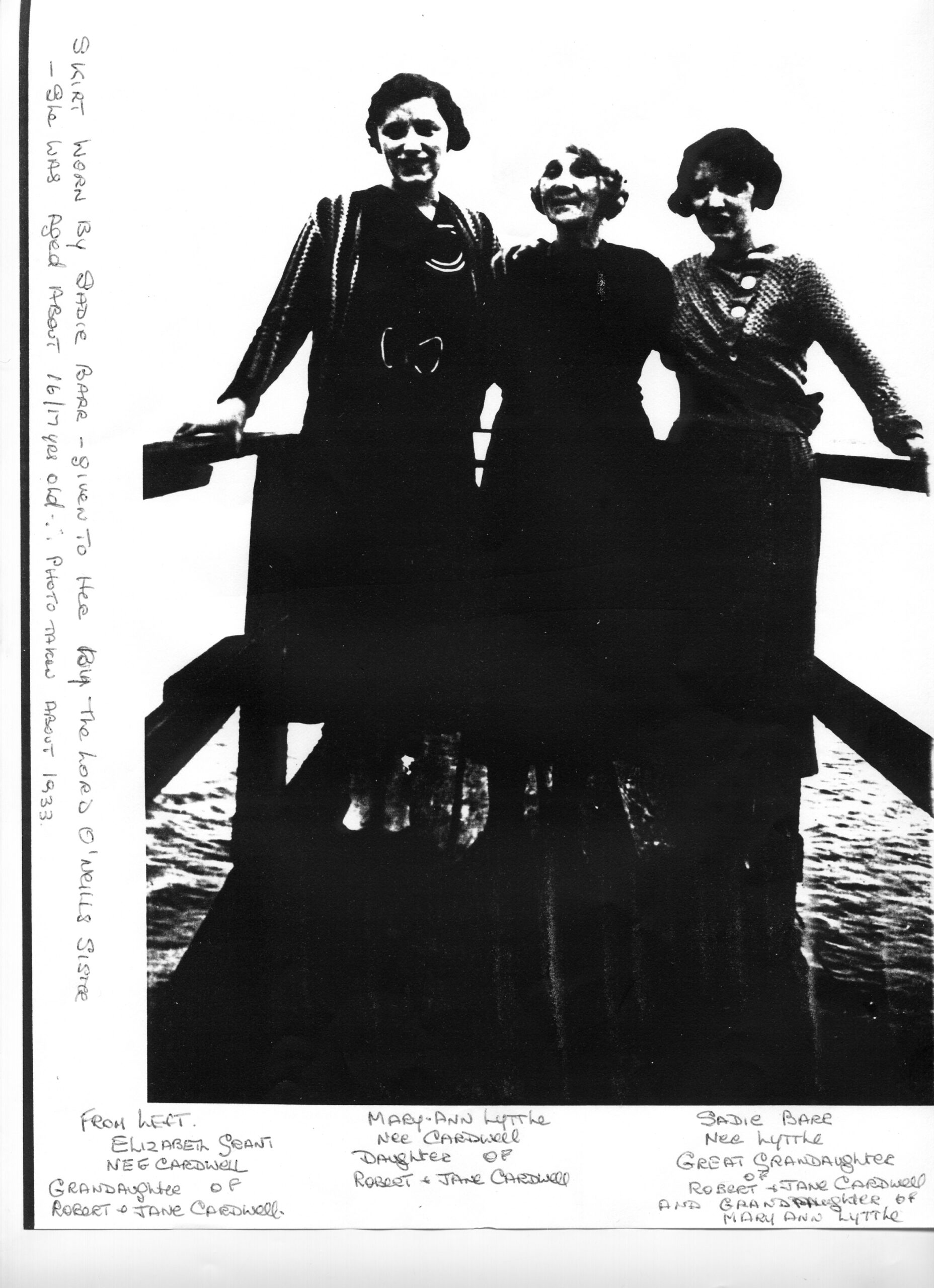 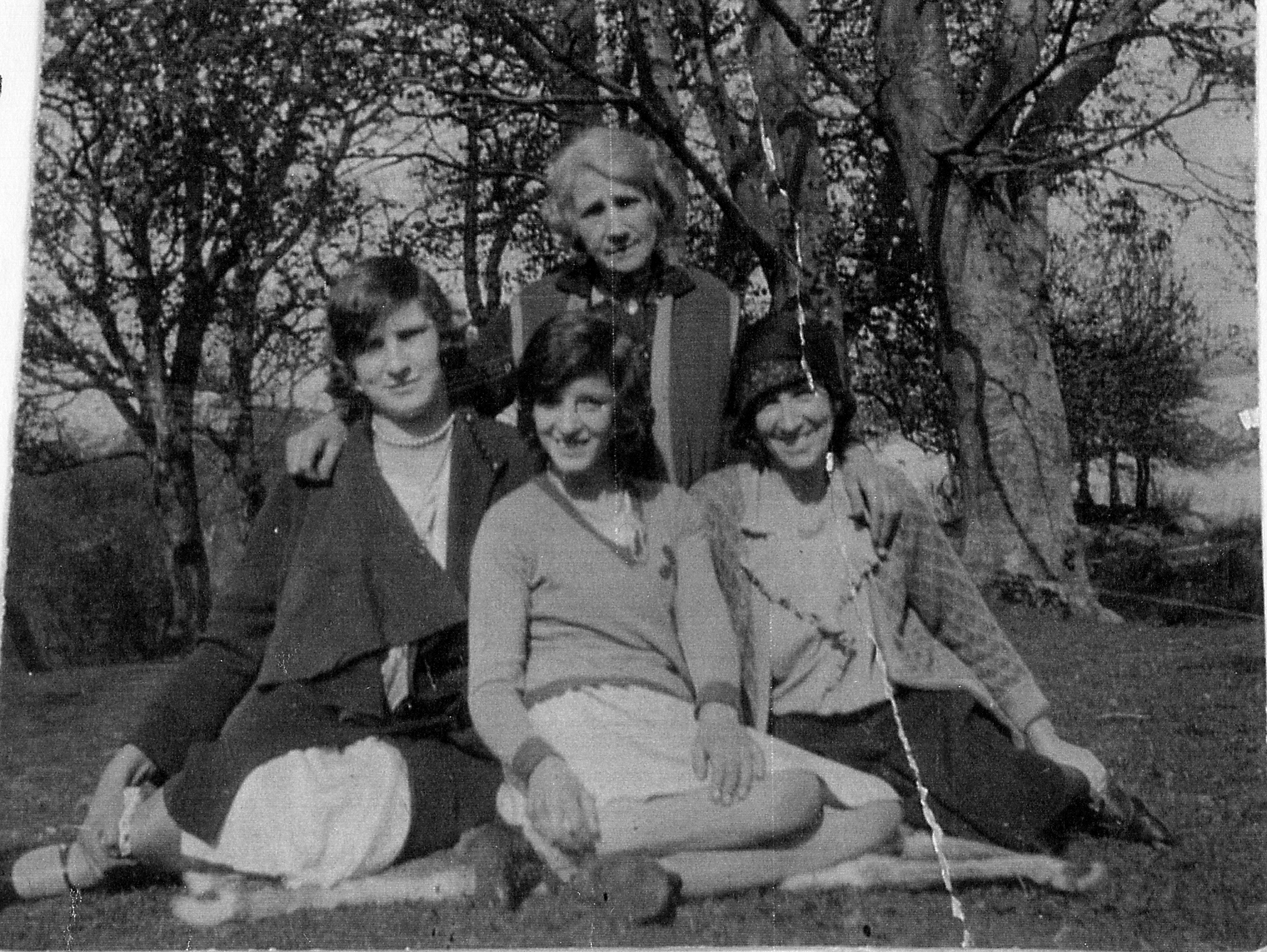 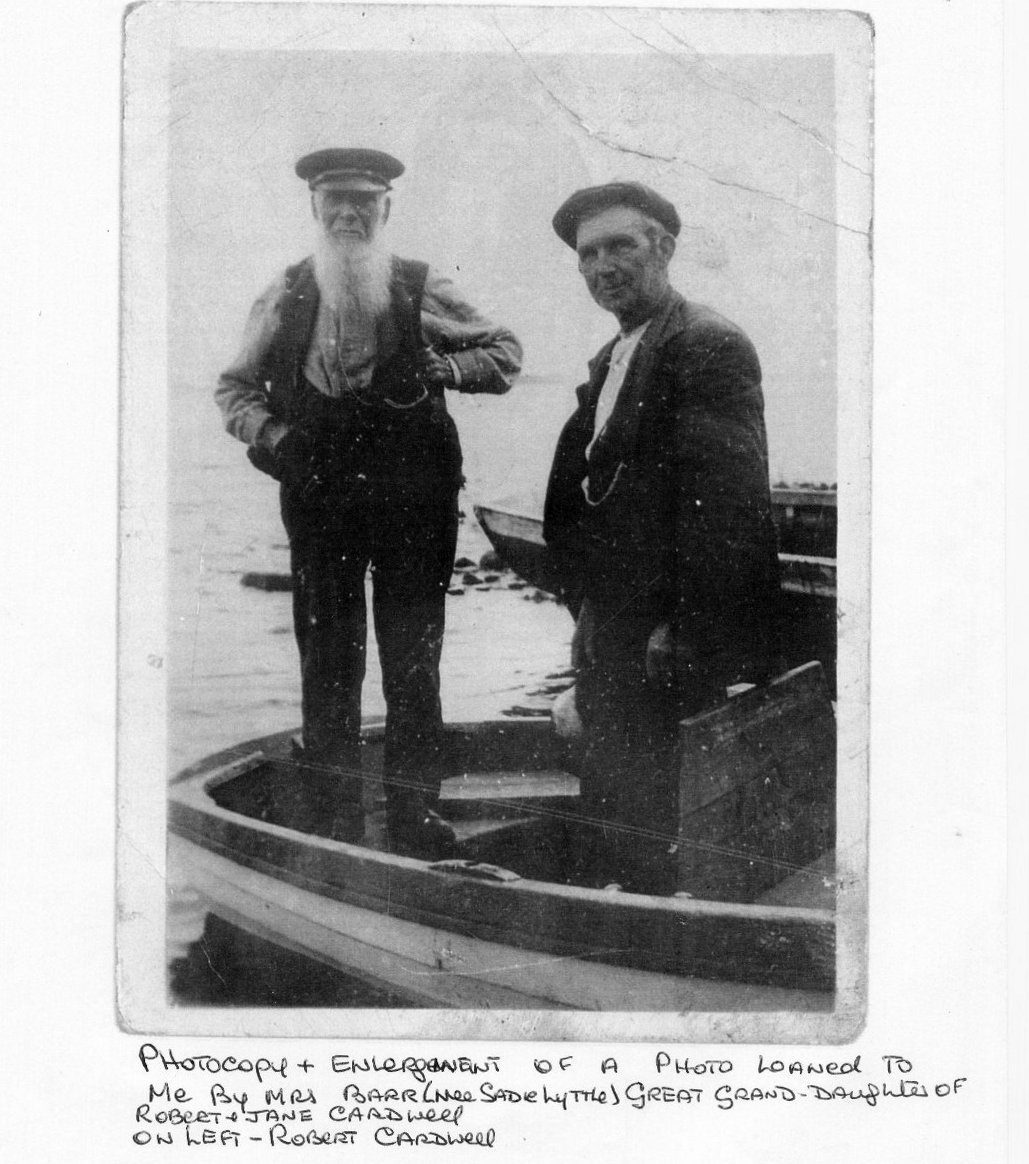 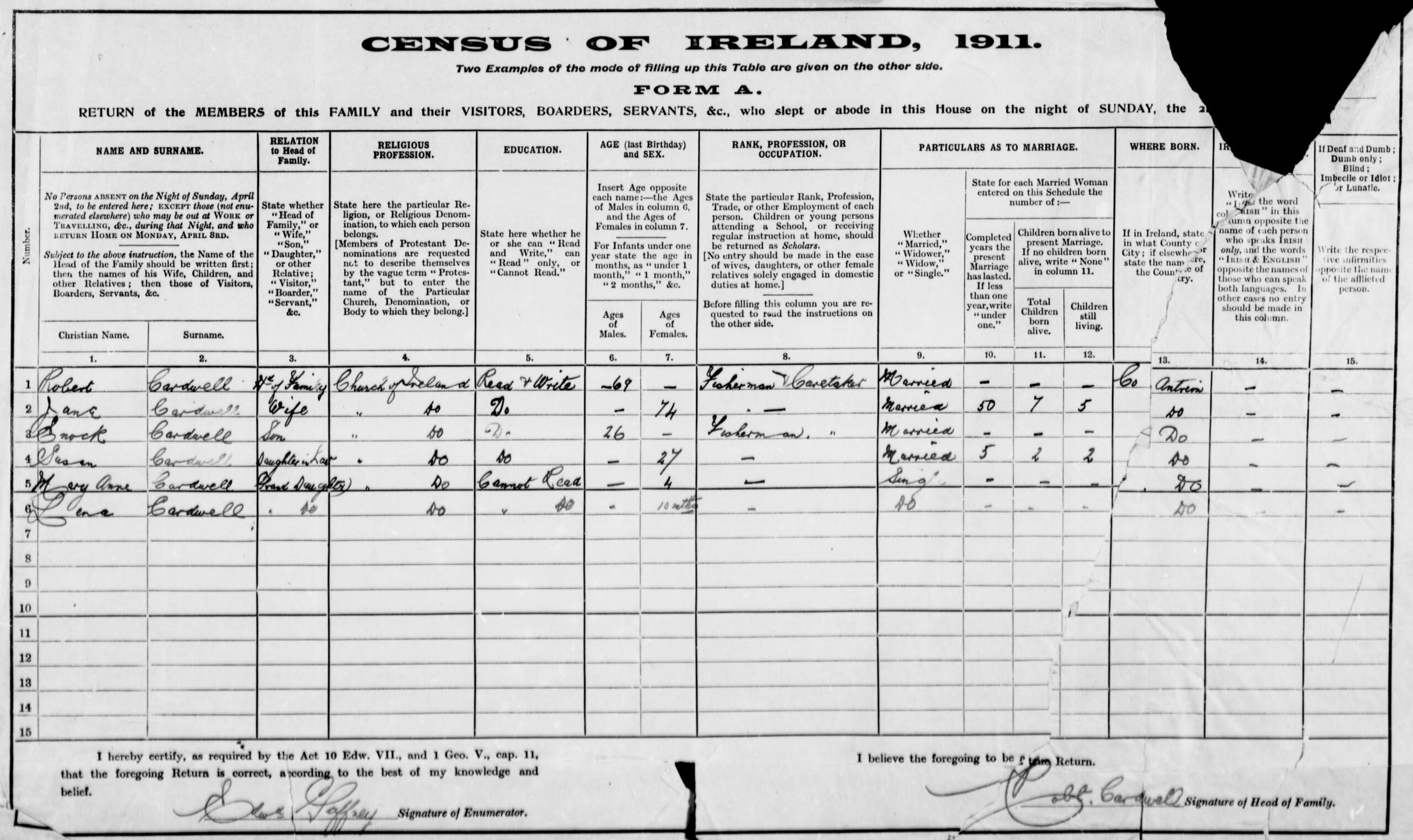